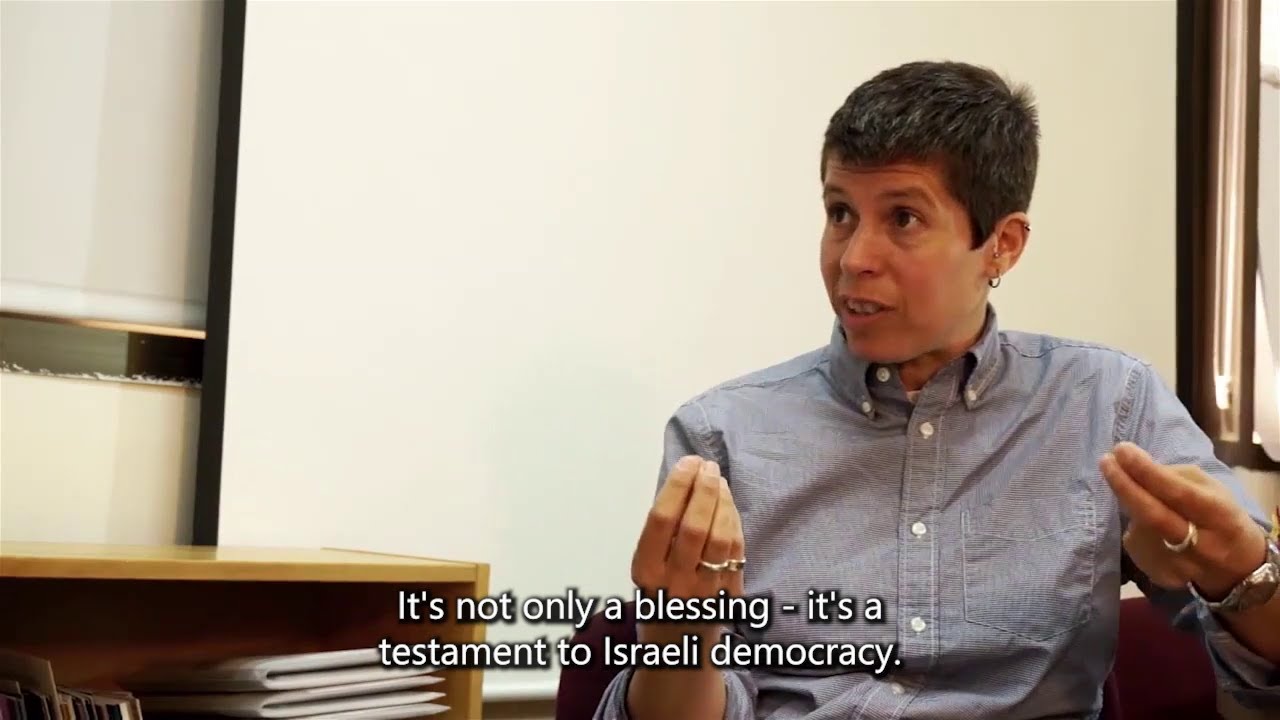 This is taken from an interview with Sarit Michaeli, spokesperson of Btselem, the self-proclaimed Israeli human right organization. Selected quotes:
* “[Committed] to improving the record of our government.”
* “Make sure that our reports are written, phrased and published in a way that […] combats utilizing them purely for Israel-bashing.”
* “[Btselem] is a testament to Israeli democracy” and the Foreign Ministry refers to it in its Hasbara campaigns.
* While discussing a probable future onslaught on Gaza:
“We need to figure out ways to make the authorities change certain decisions that were taken about the choice of targets, about the choice of weapons, etc.”

Btselem’s work, as far as its mandate goes, is for monitoring human rights violations in the OPT. There they have little opportunity to do wrong and their monitoring is perfectly fine. What is unacceptable, however, is when their false and misleading libZionist discourse seeps in (“50 years of occupation”, “Israeli democracy” and such lies) or even worse – when they actively take part in the Israeli Hasbara. At that point they turn from being a human rights organization into state propagandists and the vanguards of Israeli apartheid.

Here are some select examples of Btselem’s role in Zionist propaganda over the years:
http://bit.ly/Btselem4
Btselem offers to do Hasbara for the Foreign Ministry, with the specific goal to counter the BDS campaign. Meetings were held in Washington and in Israel between representatives of the Foreign Ministry and the Strategic Affairs Ministry with J-Street, B’Tselem and others.
Btselem US former Director, Uri Zaki: “It’s a major missed opportunity. I went to universities in the United States, specifically on Apartheid Week, in order to explain that I was an Israeli patriot, and to oppose the boycotts. Like the Jewish left-wing groups in America who joined the fight against the boycott, our position has great influence. It is true that we will not fight a boycott of settlement products, but our efficacy in the fight over sovereign Israel’s good name is very obvious, much more than that of right-wing groups. It’s a shame that those who took over the hasbara efforts are excluding us for political reasons.”

https://bit.ly/Btselem11
By selectively questioning the legality of Israel’s barbaric and illegal siege of the Gaza Strip, Btselem attempts to legitimize Israel’s most atrocious actions.

http://bit.ly/Btselem7 (hebrew)
Legitimizing the siege yet tweaking with the mechanism of control. By Btselem spokesperson in Hebrew:
“The solution is so simple, not to lift the naval blockade but simply to remove the blockade that Israel imposed on the Gaza customs code at Ashdod port.”