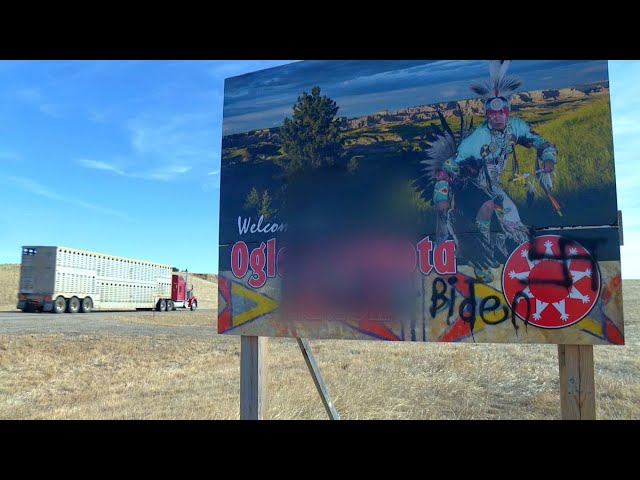 The graffiti comes a weekend after a white woman at a Rapid City bar called a Native American woman and Latina women ugly and told them to “go on your reservation,”

Native Americans were targeted with racist graffiti in Rapid City and the Pine Ridge Reservation over the weekend.

Someone used red paint to write “Go back to your reservation” over a window at the intersection of Art Alley and 7th Street in Rapid City, according to police spokesman Brendyn Medina.

Earlier in the weekend, someone used black paint to write racist and anti-Joe Biden messages on two signs welcoming people to the Pine Ridge Reservation. The signs are located about a mile apart on Highway 73, just south of the border with Kadoka, according to Richie Richards, spokesman for the Oglala Sioux president. #NativeAmerican #RacistAttack