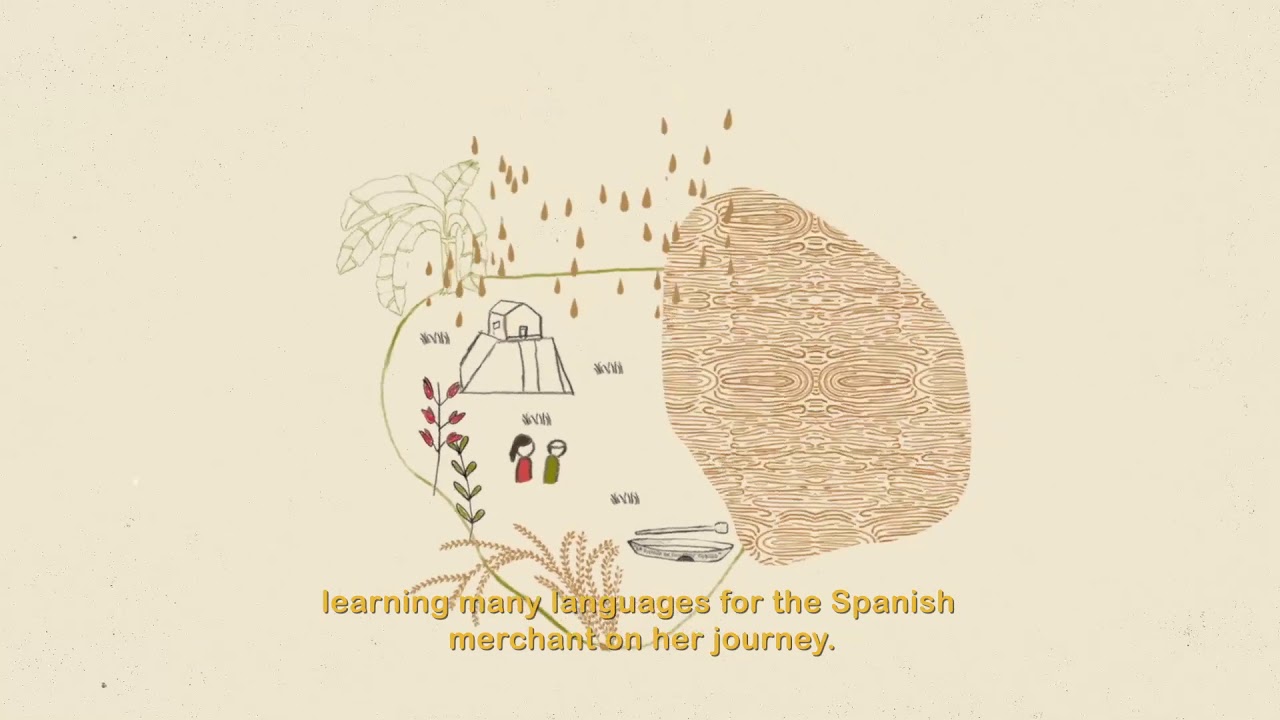 The Dance of la Malinche
Many years ago they said that in the town of Oluta, a very beautiful girl was born, with a tender gaze and hair like cocoa.
When her father died, her stepbrothers convinced her mother to strike a deal with a Spanish merchant and trade her for six sacks of cocoa.
The girl called Malintsin served as an interpreter, learning many languages for the Spanish merchant on her journey.
When she reached the Aztecs, she was rescued by Moctezuma, which is how she remained in the great Tenochtitlán.
Tabasco the merchant told Hernán Cortés that they took Malintsin from them, and with this pretext they declared war against the Aztecs.
That is how the great Tenochtitlán fell from our Lord Moctezuma,
and Malinche went with Hernán Cortés.
That is how we the Popolucas Mixes of Oluta tell it.

Credits
Thanks to the drawings made by the kids from Albergue Infantil Ciudad de los Niños Juan Pablo II Oluta, Veracruz