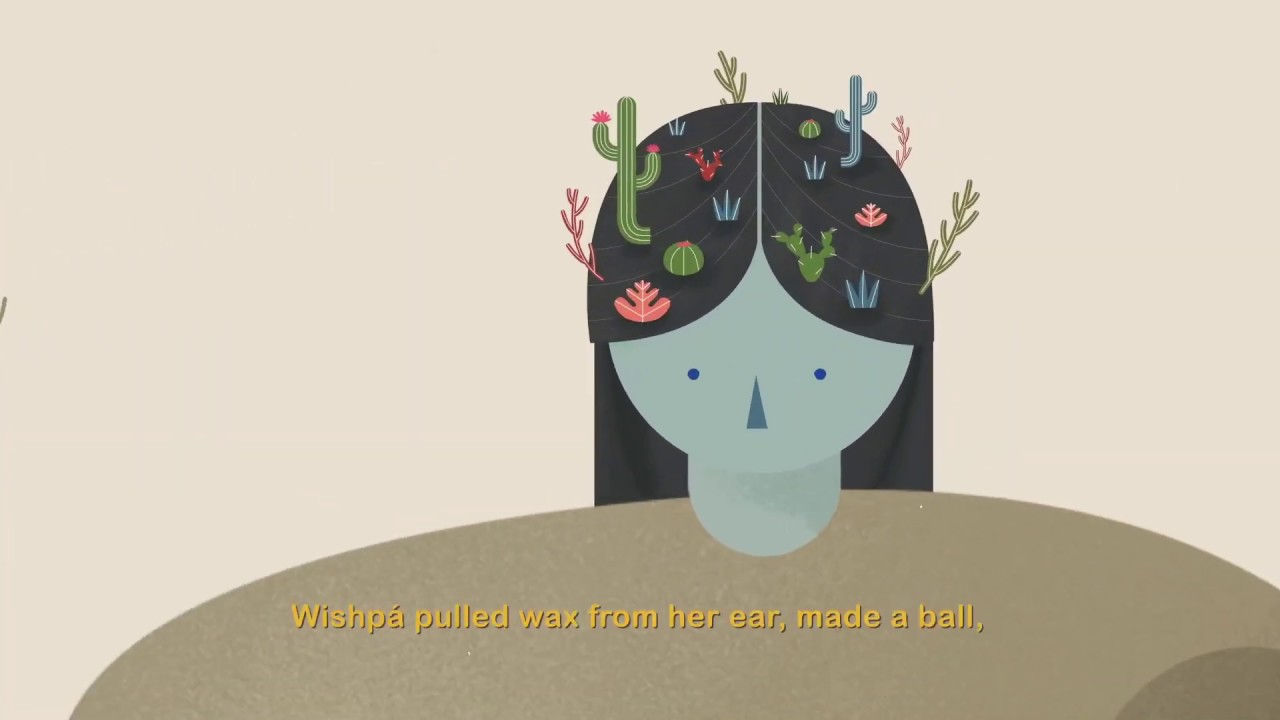 The Origin of the Montes
They say that many years ago in the Cerro del Águila (Eagle’s Hill) there lived a boy with his aunt. (see the painted dog)
Nearby also lived a very large monster with giant testicles, one red and one blue.
One day the boy decided to kill the monster, so he took his bow and aimed.
First he pierced the red testicle and the water started flowing out, which is how the Colorado River was created.
Then he shot the blue testicle, and that’s how the seas were created.
The animal thrashed in pain and chased the boy until they reached the Cerro del Águila, where the boy asked his aunt for help.
Wishpá pulled wax from her ear, made a ball, and with one hit killed the animal.
He remained there and his head formed the Cerro Prieto.
That is how we the Cucapás have named all of the hills and mountains.