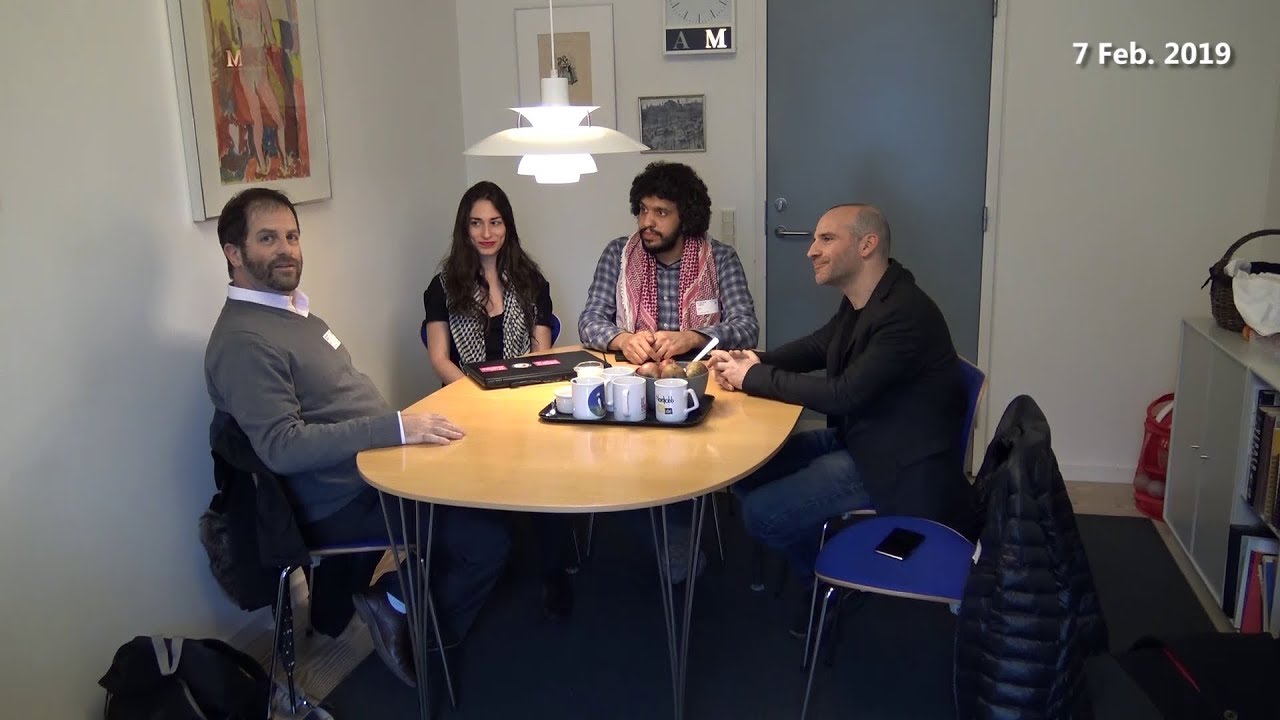 Jonathan Ofir interviews the #Humboldt3 (Stavit Sinai, Majed Abusalama and Ronnie Barkan) after they were awarded the 2019 Copenhagen Courageous Award for speaking up against Israeli crimes against humanity.

The three BDS human rights activists face trial in Berlin, which is scheduled for March 4th 2019, for peacefully protesting Israeli parliament member Aliza Lavie’s talk at the Humboldt University in Berlin in June 2017. The three – two Israeli-Jewish citizens and a Palestinian from the open-air prison of Gaza – confronted Lavie for her role as a representative of a criminal apartheid regime and her personal responsibility for the 2014 war on Gaza.

Following the protest, a media frenzy ensued which involved slander and false accusations against the activists. The Berlin Intelligence Agency reproduced the fictitious narrative and now they are facing trial for two counts of criminal charges. While the German prosecution is interested in criminalizing their dissenting voices, the three will be taking on the State of Israel in front of the German courts.

UN ESCWA report ❀ “Israeli Practices towards the Palestinian
People and the Question of Apartheid”
http://bit.ly/apartheid_ESCWA

Humboldt3 ❀ “Speaking Up in Times of Apartheid”
https://mondoweiss.net/2017/07/speaki…

“We will not be silent. We are your bad conscience.”