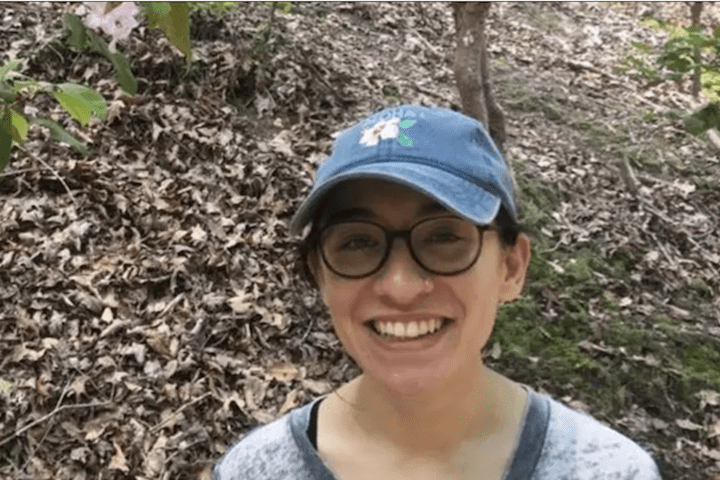 Lara Alqasem got permission from the Israeli consulate toÂ study at Jerusalem’s Hebrew University. Upon landing, she was detained and ordered deported. She has been heldÂ for six days.

Over 100 academics and Jewish professionals signed a petition demanding thatÂ Israeli authorities release a Palestinian-American student they have been detaining for nearly a week and let her enter the country to complete a Masterâ€™s degree the Hebrew University of Jerusalem.

Lara Alqasem, who had already been given a student visa and was accepted by Hebrew University, was detained upon arriving at Israelâ€™s Ben Gurion Airport last Tuesday. She was ordered deported for her alleged past membership in a student organization that advocates the boycott of Israel.

â€œDenying entry to foreign students based on political beliefs or ethnic heritage is an attack on academic freedom,â€� 58 mostly American professors and academics wrote in their petition, expressing dismay at the decision to deport Alqasem and calling on Israeli authorities to reverse their decision.

The group of Jewish professionals, representing a broad range of progressive Jewish American institutions, rejected racial profiling and wrote that they â€œshare the concern expressed by Hebrew University rector, Prof. Barak Medina, who wrote in a statement to Alqasem’s lawyer that â€˜denying entry to foreign students who have been accepted to such programs, especially when it happens at the airport after they already received a student visa, severely harms the university’s relationships with other universities around the world and causes irreversible damage to international ties that the university cultivates.â€™â€�

Among those who signed the petition were J Street President Jeremy Ben-Ami, Executive Director of Tru’ah Rabbi Jill Jacobs, and dozens of other community leaders.

Earlier in the week, over 500 academics at the Hebrew University signed yet a third petition, also calling on authorities to let Alqasem into the country, and asserting that their university â€œis a place for exchanging ideas, as well as gaining and creating knowledge. It is not a place that shies from differences and promotes multiple voices… The decision to bar entry to a student simply because of her views certainly threatens us, and threatens everything the university represents.” On Monday, Hebrew University announced that it would join Alqasem’sÂ appeal against the deportation.

The Israeli Consulate in Miami issued Lara Alqasem, a 22-year-old granddaughter of Palestinian refugees from Haifa and a recent graduate from the University of Florida, a one-year student visa early August. She had already been accepted to the Human Rights and Transitional Justice Masterâ€™s program at the Hebrew University.

Only upon arriving in Israel did the Ministry of Strategic Affairs, which is spearheading Israelâ€™s efforts to counter criticism of and activism against Israeli policies vis-Ã -vis the Palestinians, particularly the BDS Movement and anything it deems â€œdelegitimization,â€� recommended to the Israeli Interior Ministry that Alqasem be denied entry and deported.

They based their recommendation on a small number of Facebook posts and information published by Canary Mission, a far-right website that aims to tarnish the names of advocates of Palestinian rights. Alqasem appealed the deportation order and Israeli authorities have kept her in custody at an airport detention facility for nearly a week. She is currently awaiting a decision on her appeal from an Israeli District Court.

Last year Israel passed an amendment to itsÂ Entry Law, barring entry into the country for non-residents who publicly call for or support a boycott of Israel or its settlements in the West Bank.

Palestinians, Arabs, and non-Jews have been systematically denied entry to Israel for their political activities and identity for years. In recent months, a number of high-profile Jewish Americans have also been interrogated, and in some cases deported, for their political affiliations. Ariel Gold, a Jewish American activist who was planning to study at the Hebrew University, was deported in early July due to her public support for the boycott movement. Like Alqasem, Gold was issued a student visa fromÂ an Israeli consulate,Â yetÂ was denied entry when she landed in Ben Gurion Airport.

Lara Alqasem got permission from the Israeli consulate toÂ study at Jerusalem’s Hebrew University. Upon landing, she was detained and ordered deported. She has been heldÂ for six days. Over 100 academics and Jewish professionals signed a petition demanding thatÂ Israeli authorities release a Palestinian-American student they have been detaining for nearly a week and let her enter […]