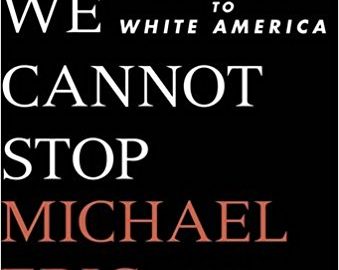 Just before I turned 2 years old, Rev. Martin Luther King Jr. was killed, for fighting to end racism in America. For decades African-Americans were victims of terrorism. It went far beyond civil rights being denied. The fact was that they were being murdered and could not get justice in a courtroom.  It is infinitely clear that one should expect that this cultural legacy could not be magically fixed and reversed in a 50 year period.  To this day, voting rights for African-Americans are still being attacked in many states…  there is also the issues related to educational opportunities, which then has an impact on jobs and careers opportunities. Sure there are examples of very successful African-Americans, but that cannot lead to a conclusion that all is well and all is remedied for each and every African-American.

Rational consideration would lead one to conclude that it would take several generations to reverse what came before now.  No one wants to consider the situation of “affirmative action” because (1) it appears to force companies to meet some quota of employment based on a need to reflect the diversity of the population – a situation in reality that only exists when there is proof of active discrimination and (2) it might have the negative impact of creating the impression that the African-American employees are not skilled enough to get a job on their own merits. 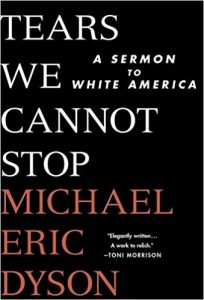 “I need a miracle.  You know of my long-time hatred for discrimination and Racism.  Every Christian denomination seems to recognize Racism as Evil.  You showed me a book that seemed to speak to my soul.  As I listened to this audiobook, I felt like, as strange as it can seem, like I was wanting to be black.  I don’t mean literally or in the long run, just for that period when I listened.”

“In Tyson’s book, in his words, I didn’t feel like I could relate to the “Whites” with whom he needed to speak.  I do know that I will never fully know what it is like to grow up even today as an African-American.  I have never known the fear of being stopped in a car by a police officer…  a police officer who might jump to conclusions that I represented a threat just based on the color of my skin, the curl of my hair, or other features.”

“I know all about white privilege, whether it is in the courts, or education, or voting.  I know that some Democrats if they were in the majority, would gerrymander districts to get black districts to have more influence without fully appreciating or getting to know the experience of being African-American and what their needs are.  I say some Democrats because it would be illogical to claim knowledge of a whole class of people.”

“So, I know that in Tyson’s book, he says he will make what American’s squirm.  It wasn’t because of a claim that ‘I never enslaved anyone…  or personally harmed a black person.’  I know my ancestors did do this.  I know our great nation has that as our original sin.  I didn’t squirm because somewhere at the core of my being, I shared the same feelings he had against ‘White America.'”

“So, God, please inspire the hearts of White Americans to listen to this book.  I know that all things are possible with you.  I’ll get copies of the book on audio and then leave it in your hands.”