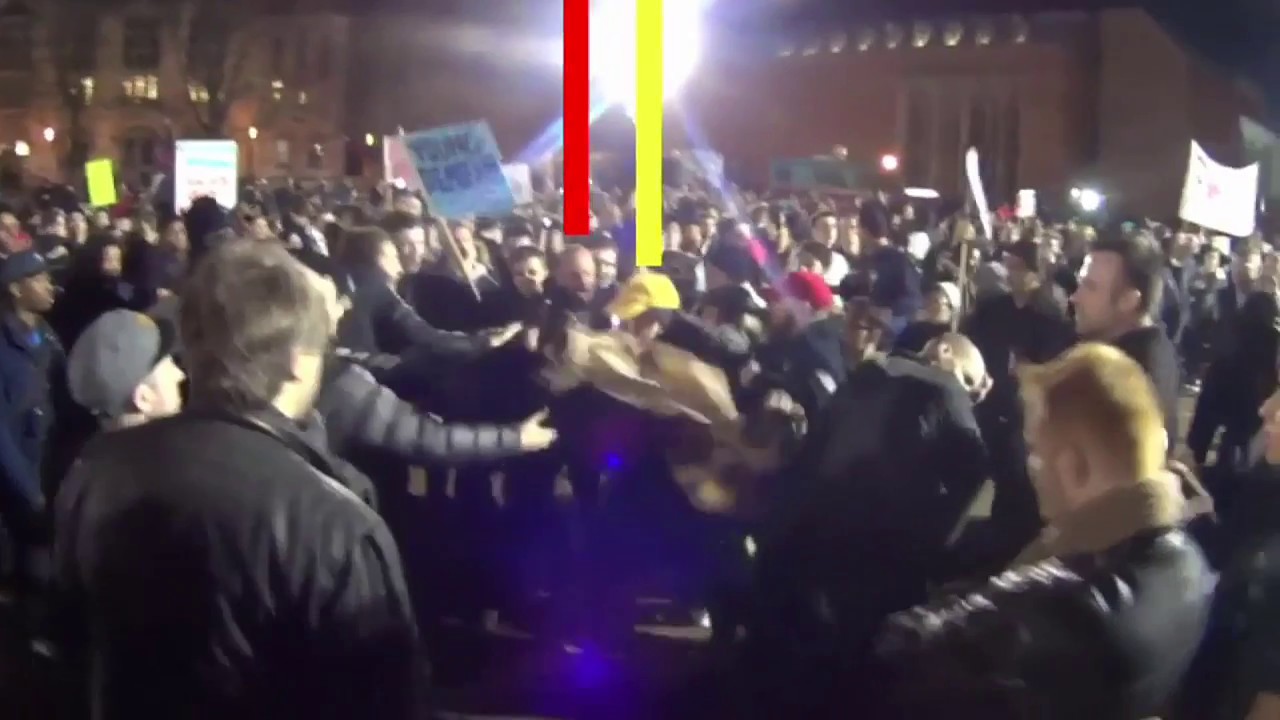 This is an excerpt of a longer video shot by KOUW’s Hassan Abdi at the protest against the appearance of Breitbart editor, Milo Yiannopoulos. An Antifa activist was shot after the shooter (in yellow hat) brandished a gun in the crowd. Though the shooter claims self-defense, the video doesn’t support his claim.

Seattle Police have released him from custody. If you recognize this person, please contact me. His identity has not been revealed, but should be.