Reporting Suspected Child Abuse - The Most Difficult Phone Call I Ever Had To Make... 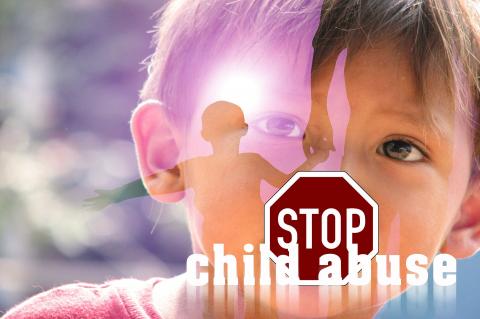 As a Social Worker, we are required to report suspected child abuse.  Like reporting when someone might be suicidal, we don't wait until the last moment when we are 100% certain that a person will act.  Sometimes when a person seems to be maybe suicidal we call 911 just to be safe and it might later seem funny that we ever thought the person was actually suicidal.  It can be like that with "suspected" child abuse.  Any parent will feel his or her blood turn cold to be suspected of child abuse.  That's why great caution is used when investigating suspected child abuse.  The slightest suspicious should NEVER be used to take a child from a parent but it MUST be used to look into the matter discreetly and with respect and dignity for all involved.  Something went wrong in that process when I had to do this many years ago.

My sister had told my wife that reporting suspected abuse of my niece caused the most problems for the "family." It seems to me that the countless times we were abused as children and assaulted would be the most damaging actions by members of our family against myself, my sister and brother.  That causes more problems for the victims than actions that are done to protect a child!

Growing up violence was normalized in our household.  I was certain that all my siblings shared the same non-violent attitude toward parenting when we reached adulthood.  However, something made me think I just need to ask Child Protective Services to look into a matter that probably meant nothing.  The worst-case scenario was that my brother might get a few tips on how to parent without getting frustrated and not knowing what to do when children are disobedient and strong-willed.  Whatever... I certainly didn't want the police involved because I knew that my brother was like me and my sister very non-violent as a result of growing up in an abusive home.  I also knew that the three of us were very sensitive to the public knowing that we were not going to ever be the kind of people who use force in any situation and that no one ever had to worry about us.  We all were the good guys with good reputations that mattered to us.

It was hard to ask Child Protective Services to look into a matter because I knew that none of us wanted to be considered violent or dangerous.  I didn't want my brother to be judged as a dangerous person.  A social worker would ask a few questions and be done with it.  Nothing would come of it and no one would be harmed.  That was my plan.  It didn't go quite that way.  I was angry at the way that Social Services handled the matter.  Still, the aftermath was described as having a lasting impact on our family as described by my sister to my wife nearly a decade after those events.

The way it was described you would think that the SWAT team had descended upon the house with machine guns...  I imagine a several-day standoff.  Picture it.  Police with loudspeakers shouting "put your hands in the air and step away from the children."  "We are not going to ask you again.  We will fire if you do not comply!"  I guess the pain of this whole aftermath some 16 years later can only be processed in the absurdity.  The most I heard was handcuffs were used at some point.  I had not called 911 because I didn't think that any real abuse was happening in the household but I was curious and concerned about what I had heard and witnessed over the Christmas holiday 16 years ago in 2002 the last time I spoke to my brother.

I'm sorry, John.  I didn't alert the authorities.  I just asked a colleague to look into the matter.  I had known what I would want if I was a parent.  I would want to know why my daughter was asking to live elsewhere or what concerned her at all about my parenting.  That's what I would want.  I would not want the police to be involved but I would want to know what concerned my daughter enough to ask my brother if she could go home with him instead of his brother.  Why was my niece not calling my brother Dad but calling him my brother?  Why did she say the red mark in her eye was caused by my brother?  Why was she constantly asking for my protection?  Why was my spider-sense on high alert?

Sure my brother was the only one to stand up to Mom and Dad when they assaulted us.  Yet, that only made us more sensitive to the fears that children have and the anger that a child has at being trapped and abused over and over and over.  Sure there were holes in the wall in my brother's room upstairs but that was redirected anger that was not directed at our parents.  He never hit me or my sister ever.  So there was no reason to fear he would hurt his child.  He was my friend and I liked him completely, 100%.  If I thought the police were going to rush over and cuff him I would have been much more careful in the reporting.  I would have said that we were hurt growing up and so there is every reason to think that my brother would not hurt his children and he is not dangerous at all.

It wasn't supposed to go down as it did.  Not in a million years would I hear that I caused such great problems for our family!  The closest thing to violence I saw was what looked like my brother pushing his daughter up against the wall in a way that might make her a bit nervous and scared.  That's not a case where you need to rush over there as soon as possible and extract him from the household before more serious harm is done to the children!  Maybe that is how it seemed to be described to me.  Was there something they saw that I did not see?  Were the children removed from the home and for how long?  I am almost certain they were not even removed from the home!!!

I don't think that he was held overnight in a jail cell!  I would know that horror later.  Believe me, 10 minutes in a jail cell is a trauma for a Whealton.  We just are not street smart or street-ready.  We don't know the ways of criminals.  Well, I certainly never even learned self-defense.  My brother was in the military so he might have learned more than me if he was ever in a dangerous place.  I was almost like a woman in my inability to feel safe in dangerous places.  My family should have known this.

I cannot accept that they didn't know this.  A psychopath had accused me of a crime.  He didn't just ask someone to look into a matter.  No, John Freifeld said that I was the one that my clients had to fear and not him.  He had harmed me prior to the events I described in 2002 where I had to call Child Protective Services.  I would NEVER have gone to the police against my brother.  I NEVER reported a crime when I called Child Protective Services.  I had reported in 1989, what I considered a crime when my sister was assaulted by my father and mother.  My father has the same name as me.  He is Bruce Whealton Sr.  I am Bruce Whealton Jr.  I just didn't want my brother to have a son or daughter that would write an article like this one day.  I wanted to prevent him from knowing that his children still talk about the violence with which they grew up!

I am currently writing a book entitled "Reality is Social" which is inspired by many of my experiences and observations as a psychotherapist,… Read More

Back in 1994, I got engaged to Lynn and it was the happiest day of our lives.  Religion and circumstances made things less than perfect in the years… Read More

Guilty or Innocent ( why it matters) In our society, it is appropriate and just that we think of people as innocent until proven guilty.  Most of… Read More

In the previous article titled "Love and Empathy", I discussed how one acts when you see a friend is upset, hurt or in danger.   This also extends to… Read More

In other stories or articles, I talked about how a therapist helps a client deal with trauma.  I found that even as a young adult, as an… Read More

When a person has been traumatized and develops a condition such as Post-Traumatic Stress Disorder they may dissociate in different ways.  One form… Read More

Lorena Bobbitt tells about her fear

I was watching Lorena on Amazon Prime Video and the story of Lorena Bobbitt who cut off her husband's penis.  This story was detailing her trial in … Read More
Make a Donation