We see a combination of double-binds, hypocrisy and gaslighting from people with Narcissistic Personality Disorder (NPD).  The social impact of that on children when we are growing up cannot be overstated.  My mother had an impulsive rage, which is to say I could not always predict the explosive display of violence and abuse.  Surely I would have avoided it if I could.  If I could have predicted when it was going to happen, I would avoid triggering the abuse.  It was painful and unsafe to do what would make another person mad.  That was what I learned and I would do anything to avoid that.  Despite recent comments from my sister that I was trying to upset her, nothing could be further from the truth.  The distance between the truth and her belief if measured in miles would extend to infinity, beyond the distance of the known universe.

When I had asked for the assistance of some kind, even advice, the involvement of people who ostensibly cared about me, in problem-solving a potentially dangerous situation, my mother said she believed I had skills to deal with it.  I was facing homelessness and fear I would not get into a homeless shelter on a cold night, and where the homeless center in this city was located in a bad part of town - dangerous for me to be there since I am relatively small and not at all streetwise.  I also had been through criminal problems where a psychopath had flipped the tables and accused me of harassing him.

How would the conversation go when I was told to "use my skills because I am an intelligent person."  I could ask my mother, "what skills do I have to which you keep referring, that you lack?"  I knew she had never been homeless or faced living on the streets of a dangerous city.  So, whatever skills or intelligence I might have to prepare myself for the task ahead must have been superior to hers.  Since this book is about the difference between truth, beliefs, and reality, you need to expect that my story will involve my understanding during some form of social interaction or communication.

The double-bind is the fact that sometimes a communication may imply two contradictory ideas.  For example, on the one hand I perceived that she was implying that I was more talented or intelligent than she.  Yet, I also knew that to state that would insult and offend her.  Thus the double-bind.  It tears down the walls of reality that normally shape social interaction and allows no reasonable response.  You are damned if you respond one way and damned if you respond in the other way.

I also had been accused by a psychopath of harassing him on the phone, a fact that could have been proven by a competent lawyer and not a court-appointed public defender who failed to take the time to get phone records.  That also was a situation where I knew my mother had never found herself, nor had anyone in our immediate family.  It was a rather unusual experience.  A similar dynamic occurred with the same conversation occurring where I am alleged to have great skills, education, and intelligence to solve my problems on my own.  I heard in the discussion the implication that I had great skills, education, and intelligence that she and others in our immediate family lacked.  Whether that was intentional or not, that was the nature of the social interchange and interactional beliefs based on years of experience.

Moving on to a similar double-bind like experience, I want to talk about an incident involving child abuse.  A Social Worker is obliged to report suspected child abuse without definite proof or strong and powerful evidence.  In other words, the professional doesn't have to have sufficient evidence to prove a case in court.  The expectation is that this will be handled with delicacy, professionalism, and respect for all parties.  No innocent person should ever be put in a position of having to face allegations of abuse.  It would be egregious to create a false narrative of bad behavior by one or the other parent to justify the involvement of the authorities.  The past can influence the future since people know that past behavior is a predictor of future behavior.

This was not the case at all.  There was no past evidence generated or in existence to complicate the matter.  When my mother spoke to me about the error of my professional responsibility to report a suspected case of abuse she spoke about how a parent feels.  She spoke about the special bond between a mother and her child.  That left me speechless in that interchange.  It was not my impression that she would say something so blatantly shocking to me.  She admitted a couple of times, a small concession that she might not have been the best mother.  In my experience at that point, I was perplexed to understand her experience of me.

What was she doing?  It appeared to be the most hypocritical statement I had heard in my entire existence. If you wanted to look up hypocrisy in a dictionary, the statement to me of her relating maternal instincts would be the prototypical example.  It seemed, and again we are using the social phenomenology mentioned above to understand this, that she would know that this would not resound with me.  I was perplexed.  She had opened a deep wound by exposing the topic of maternal instincts.  I wanted to crawl out of my skin, as it were.  I had a slightly dissociative experience of de-realism.  This is a phenomenon that we all experience from time to time but characterizes the life of people with dissociative disorders.  I don't have a dissociative disorder and never have but I did experience this phenomenon at that moment.  It is the experience we all have when we think we are dreaming or we might say we aren't sure if this is really happening.

My de-realization had me asking myself "is this really happening?"  "Is this a dream?"  I had no response as in other situations where the double-bind occurs.  The double-bind is so subjective that it doesn't require that the reader agrees with my opinion or reaction.  Nor does the reader have to be able to relate to it without having had some similar experience.  By definition, it is subjective and alters the consciousness of a person.  That is the nature of the double-bind.  It was used masterfully by the Hypnotherapist Milton Erickson.  However, it can occur naturally and without specific intent or purpose by the person using a double-bind. 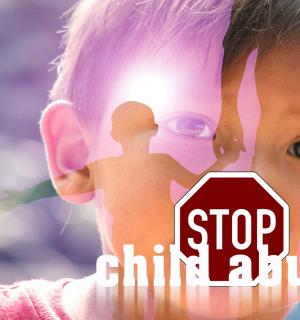