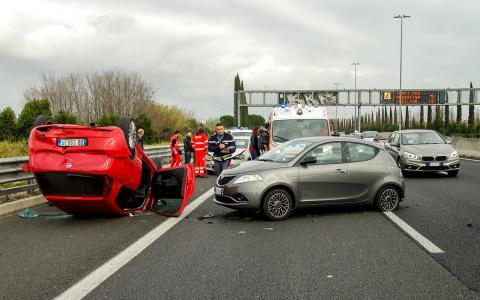 In over a year of therapy I have found that anger has been the most difficult emotion to embrace.  If I speak about being in love, I can describe without guilt wanting to have announced my love from the rooftops for the whole world to hear, as when I describe being in love with Lynn.  As an inhibited extrovert, I love to share my experiences with others and that gives meaning to my life, along with enjoyment.  I do not write just for myself or my own pleasure, it is to communicate.  If I am angry, I felt guilt, though.  I feel that the anger is not acceptable.  I feel shame.

I have felt a strange feeling that I am being tentative in expressing my anger toward my family and in particular my parents.  It may seem that I am unwilling to let it go.  However, in our discussions, as I stated, I have remained tentative in my expression of anger.  I have felt a guilt and shame at wanting to express my anger at my parents from the rooftops, as it were.  At a minimum, I felt a long standing discomfort at accepting that I even had this anger at all.  I suppose this could be why I dissociated from memories of abuse and assault.  It might be necessary to dissociate when there is a lack of social mirroring in my social relationships.

In part, I might unfairly project that lack of mirroring into the therapy relationship.  This creates an unfair responsibility on your part to be perfect in mirroring empathy and acceptance at all times.  I can imagine your frustration in knowing that you had on countless occasions validated my feelings.  When I asked if it is reasonable and normal to be impacted as an adult by child abuse and neglect or attachment issues, you responsded with the statement "absolutely!"  An expression that I needed and indirectly (tentatively) sought for a long time.  That has been the barrier to moving on, forgiving, or dwelling on the "anger."

Unlike the borderline client, I can accept and recall the evidence of Carl Rogers' "unconditional positive regard" as well as compassion, empathy and support you provide.  Yet, no one is perfect and there will be times when I feel that my statements about anger are not mirrored.  I was listening to Bessel van der Kolk's book "The Body Keeps the Score" where he talks about mirror nuerons.  These were discovered when they were examining parts fo the brains of monkeys that light up with the experimenter is using his hands or other motor functions even thought the monkeys are not usign their hands or other motor functions.  This was extended to demonstrate a basis for empathy.

I do not expect that anyone can possibly mirror, aka. empathize 100% of the time when a person seeks this.  I only point out that at times it might be the case that a certain emotion has not been processed fully and integrated because I felt it was not acceptable.  The problem exists within me and my default behavior or response pattern that is oriented toward squashing and depersonalizing (numbing) the anger as a coping mechanism.  If there is no container for the anger then it has no where to go and so dissociating away from it is the only possible reaction at the moment.  In Dr. van der Kolks' book he describes and individual numbing her whole body and not reacting at all during a traffic accident where her spouse in the driver's seat had gone into fight or flight response.

This seems to be the case for me.  I have dissociated the anger at what was done and not done to and for me.  The actual abusive actions, the assaults are put away out of consciousness for a while, despite having crystal clear recall of other contemporary memories of those periods of my life (who was present, when, where) including, but not limited to, having discussed with others the abuse and having taken protective action when hearing about abuse.  Perhaps, I have not had a reasonable or appropriate, sanctioned means of expressing or container for anger, fear and other negative emotions, feelings, and responses.  In the past, I often have looked to others for their feelings and responses to what they were hearing from me.

In addition, I have become adept, as we have recognized, at dissociating from pain responses, especially when the attack has occurred so unexpectedly that there was no chance to act in self-defense to prevent harm.  In Dr. van der Kolk's book he describes a woman who shuts down, becomes numb at the point of a traffic accident where her husband in the driver's seat enters into the fight or flight response.  This shutting down or depersonalization is said to characterize the nature of traumatic memories in which all aspects of the event, physical, emotional, psychological, and temporal are not integrated but the event is remembered as disjointed images out of order.

I have definitely not integrated anger as a reasonable and appropriate response to actions that were done to me or the lack of action by others - that which I wanted and expected others to do.  It is for this reason that I am writing to ask the reader to be a witness to my efforts and journey.

I am currently writing a book entitled "Reality is Social" which is inspired by many of my experiences and observations as a psychotherapist,… Read More

Back in 1994, I got engaged to Lynn and it was the happiest day of our lives.  Religion and circumstances made things less than perfect in the years… Read More

Guilty or Innocent ( why it matters) In our society, it is appropriate and just that we think of people as innocent until proven guilty.  Most of… Read More

In the previous article titled "Love and Empathy", I discussed how one acts when you see a friend is upset, hurt or in danger.   This also extends to… Read More

In other stories or articles, I talked about how a therapist helps a client deal with trauma.  I found that even as a young adult, as an… Read More

When a person has been traumatized and develops a condition such as Post-Traumatic Stress Disorder they may dissociate in different ways.  One form… Read More

Lorena Bobbitt tells about her fear

I was watching Lorena on Amazon Prime Video and the story of Lorena Bobbitt who cut off her husband's penis.  This story was detailing her trial in … Read More
Make a Donation