Remembering Celta - A Story About Love 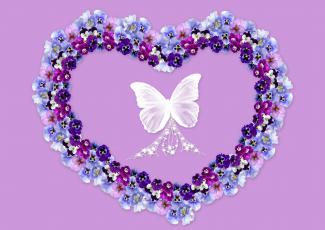 I hope you are not too busy to read something about love.  I know that you probably already heard everything that there is to hear or read about love.  Well, I had no idea what I had missed in the first 23 years of my life.  I was 23 in January of 1990 and had just graduated from college with an undergraduate degree in Electrical Engineering from Georgia Tech.

My poet friend and mentor Martin Kirby would say in 1991 that it will take about 10 years before I could write good poetry or for that matter anything good about this experience of loss.  You see, by the start of 1991, I would get tragic news but that's not why I am writing this story now to focus on the negative.  Instead, I am focusing on the positive.

I met Celta when she was being taken to be weighed by a psychiatric resident on the staff.  She stood at about five feet and two inches and there was no denying that her weight was something that would concern a doctor.  Yet, it seems so meaningless that we would or should learn anything valuable about a person based on a number.  I remember her frustration as she was led across the area between two buildings because the scale was not in the building where she was staying.  She shrugged her shoulders and hunched over as she walked with a sense of defeat.  I felt a bit of shame at being a part of this procession.  I didn't wait to find out what the weight was.  It was not important to me.

Back on the unit I approached her and wanted to get to know her.  At the start, I had no real idea of why I wanted to talk to her.  the idea of learning something about anorexia had faded from my mind completely and a whole wave of different feelings had swept over me.  I felt a connection or something.  It seems a bit strange that I could have felt a connection in that instant.  I mean what did I know about her life and what she had experienced up to that point?  Nothing, initially.  I was acting completely on instinct.  Looking back I wonder why she didn't see me as another person who saw her as a specimen.  You know a prototype of a person with anorexia who would provide some insight into the baffling condition or disorder.

Like magic, she just met me with a sense of friendship or kinship.  She seemed to sense my curiosity but it was not curiosity about a disorder or a condition but curiosity about her.  Was I shy and timid?  Probably.  I reflected her embarrassment as I made eye contact... the embarrassment of having seen her being forced to endure the forced weighing of her body and her self.  I mean she was being forced to have her weight examined and while it was a logical request to expect a doctor would examine her weight it was also not a very proud moment for either of us to experience this as our first meeting.

I am fairly certain I mentioned that I was volunteering there because I wanted to work in the social work field but I didn't ask any of the typical questions that social workers ask in getting to know a person and doing an intake assessment.  There was nothing formal about our interaction.

I had no idea I would learn anything about love nor would I learn that I had not known the first thing about love when I met her.  That is not entirely true.  I instinctually did know how to love a person but I had not experienced love.  I had not previously felt that I was loved.  I don't mean that I had not known romantic love or that I had never been in love.  Indeed, I had not known romantic love nor had I been in love previous to meeting Celta but I also had not really known any real sense of being loved.  Ironically, I would later learn that she was someone who could not love and I would be told that she was manipulative.  Her friends or her family's friends would tell me this as a warning.

I should add that I cannot deny that her weight was clearly a danger to her health and I did worry about that.  I just didn't judge or measure anything about her by way of a number.  She was Celta Camille Head.  I would fall in love with her.  First I would discover a love that most people say would say they have already known or experienced before they reach the age of 23.  Maybe my mother's parents died too young for me to remember their love for me.

There is so much more to say about this relationship but this was how I met Celta and this is how I would find out about love.  I would learn far more about love than I did anorexia.  In fact, I forgot all about my original thoughts that first day when I met Celta and initially thought I wanted to learn something about anorexia...  I think I wanted to learn about anorexia.  I had a cousin with anorexia and I had loved and cared about her.  The point is that when I met Celta I learned about Celta and I would learn from her what love felt like to be experienced or what love was as an experience.